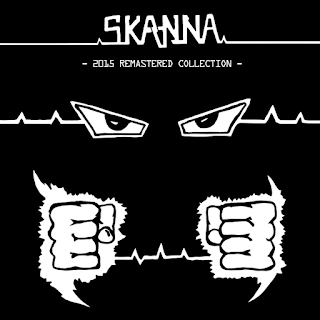 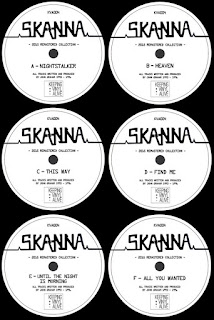 
John Graham under his short lived Skanna moniker produced some legendary tunes from the from the birth of hardcore in 1992 right up until the beginnings of drum & bass in 1995. With releases appearing on the likes of Whitehouse Records and his own Skanna label, with many of them becoming extremely sought after nowadays.
Between 2008 and 2009 the reknowned but sadly defunct Sublogic Recordings released two artist endorsed and remastered Skanna releases on 12" vinyl, which collected the cream of Jon Graham's Skanna label. Both soon sold out and have subsequently become sought after in their own rights. However due to an increasing interest in classic hardcore, jungle and drum & bass, Sublogic Recordings label boss, Will Irvine has taken the steps to collect both 'The Skanna Collection Volume One' double 12" vinyl pack and the 'Until The Night Is Morning / All You Wanted' single to offer the 'Skanna 2015 Remastered Collection' triple vinyl pack on the Keeping Vinyl Alive label as a limited edition remastered package.
Opening with the 'Papua New Guinea' sampling, 1993 jungle-tekon classic, 'Nightstalker' which combines a thundering breakbeat backed by a booming bass thumps and techno blip melodies before dropping into the infamous Future Sound Of London drop. 'Heaven' on the flipside incorporates militant, junglistic breaks with added percussive elements along with a pervasive and warping mentasm riff and 'Ohh I'm In heaven baby' vocals to create a perfect example of the thinking man's darkcore track.

'This Way', also from 1993 takes things towards a more melodic direction with lushly sweeping strings backed by restrained, stepping breaks and gorgeous Caron Wheeler vocal samples. An early example of what would become intelligent/atmospheric drum & bass. The timeline jumps forward to 1995 next with the exquisite pre-liquid D&B classic 'Find Me'. A lush stepping track with rich layered breaks and gentle bass throbs which morph into soulful keyboard notes and female sighs.

The legendary pitch-black anthem 'Until The Night Is Morning' drops next in a thunderstorm of clattering, pitched breaks and bass booms, accompanied by suspenseful strings and brain searing hoover stabs. However all is not lost to the darkness with the inclusion of one intensely atmospheric drop featuring the infamous 'I'll be there.....until the night is morning!' 1994's 'All I Wanted' wraps things up by dropping a dub-vibed,  deeply atmospheric jungle monster with intensely programmed and layered breaks and percussion.

Six rarities from one of the hardcore, jungle the drum & bass scene's unsung heroes and a vinyl collection that is sure to become just as sought after as the original releases.

The 'Skanna 2015 Remastered Collection' triple vinyl pack is available to pre-order for the price of £30 plus postage and packaging from the Keeping Vinyl Alive webstore link below, and is estimated to be ready for distribution in approximately . There are approximately only 40 copies left for pre-order so buy now before they are gone forever!!!

This release has been mastered by Beau Thomas (aka oldskool hardcore/jungle D&B legend Intense, Babylon Timewarp, The Whitehouse Crew) at Ten Eight Seven Mastering, and is being pressed by Optimal Media GmbH in Germany. So expect nothing but the best quality!

For further information keep tabs on the 'Skanna 2015 Remastered Collection' thread at www.backtotheoldskool.co.uk...