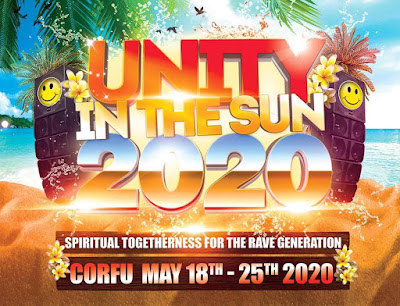 We're dealing in here with a marvellous 7-dayer of absolute anthems, big brands, DJs that know how to lift you up and all of that taking place in the wonderful spot of Kavos in the Greek island of Corfu.

The Strictly Nuskool Blog have already been there and can indisputably assure you that the last 3 years everyone's very happy and mad to the rhythm of the Greek elements of the sea, sun and sky plus the most important is celebrating the unity. All become 1 family by the Greek Sun. You don't need anything further than that.


You may book now to live up this unique experience and this special vibe that's offered. Unity In The Sun 2020 is calling you all, from 18th to 25th May.


Current package prices are available up to the 31st of January

A simple £30 deposit secures your place


Package includes your accommodation, airport transfers & all event passes for the days & evenings of your package.

Your hotel booking does not restrict you to your music preference, you may use all hotels and venues for all the unity events.

All prices are per person
(Single Occupation £10 Supplement per night) 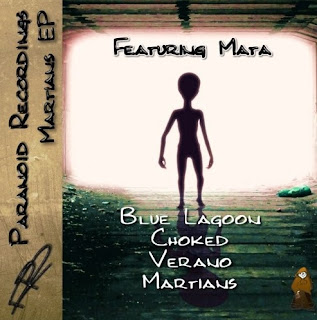 Canary Islands based producer Mata (known also as Outer Kid) is the first new signing and the first release of the year for London's Hardcore Breaks label, Paranoid Recordings.
Above board, he's one of the best talents from the proud Spanish scene and in case you're unaware of that, his new 4 tracks are indisputably doing justice.
Intensive breakbeats, pianos and rave stabs on a vivid release dispatched by the talent of Mata as ever Oldskool inspired and representing present's time.
A new year for Nu-Rave, a new decade of Hardcore and even bigger dreams for the label (Gaffer & RG) and the producer behind 'The Martians EP' as the self-titled tune must be the best hit from this astonishing new work.
As ever this one goes out on free download and apparently all needed is a big 'hug' to the guys bebind it, namely PR label and Mata. 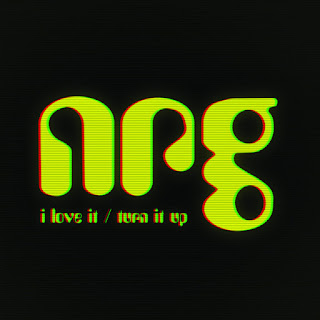 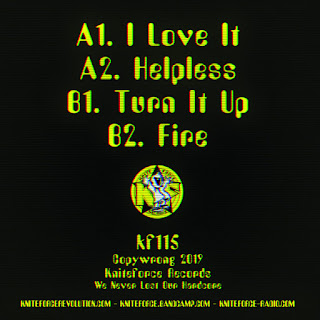 The year 2020 couldn't start any way better rather than getting a legend back again after so many years.

Is it Luna-C's dream? Is it because Kniteforce hasn't rested on their laurel yet?

One way or another, a big decade has just launched with the man like Neil Rumney, better known as N.R.G. or Liquid Crystal or better call him like 'The man who never lost his Hardcore!' getting himself back delivering a massive new work. N.R.G. gets also his name with golden letters for the new decade of the scene and Kniteforce brand, among other legendaries such as Liquid, Sublove, Acen, Hyper On Experience. None can forget his Oldskool anthems and his value in Hardcore till present's time.
KF 115 is up for pre-orders now as the bundle was sold out quickly in about 24 hrs.

This 4-tracker is out on limited 12" Vinyl as usual with the digitals too. Expect love, pianos, some hot stabs and proper fire as the B2 vibe going.
This is indisputably a great release, first of many coming out from the might Kniteforce. A must-to-have historical Vinyl for your collection if you still love your Hardcore like N.R.G. does.

Well... And Luna-C too, apparently:
"If someone had told me in 1992 that one day Kniteforce Records would be releasing music from such esteemed old skool artists as Sublove, Liquid, Hyper On Experience and Acen, I would have not believed it. To add NRG to that list is beyond anything I could ever have dreamed of, and with new music as well? What can I say?
This EP is not only NRGs first new hardcore in a very, very long time, it is also an amazing release which has all of the energy and sublime cleverness that you would expect from such a legendary artist. The first of many, I am promised, and containing four absolute winners (my personal favourite being I Love It because I love it, but god damn Fire is also, well....fire. Tempted to tell you you have to turn up Turn It Up and Helpless will leave you helpless lol. Anyway, get in while you can."

GL0WKiD is back with a brand new episode of #GLOWBUZZ celebrating the Rave angle of the year 2019. Specifically it's about best albums, best remix, best music books and from a big loss of Keith Flint to the big return of the legendary Oldskool Hardcore king Acen, all packed up on a 17-minute session showcasing strong highlights that brightened during this year. In addition to all these, there are some special contributors such as the owner of MobyNews talking aboit Moby's new book, Rory Hoy opening the files of his 'Story of Big Beat' bookazine and finally Orestiz, analyzing his takeover on 'Timebomb Zone' by The Prodigy.

Merry Christmas to all Nuskool crew and best wishes for an energetic 2020!
Peace - Love - Unity - Respect! 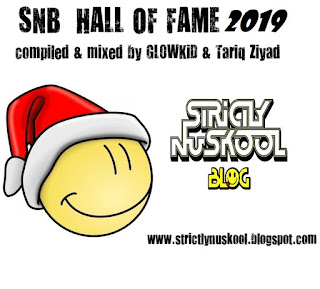 Strictly Nuskool Blog's annual series of podcasts/mixes returns for the 7th year in a row offering 2 massive mixes by GL0WKiD & Tariq Ziyad compiled with love and devotion to the scene and all producers & labels involved. This time the Double Mix consists of 38 tunes in total with the likes of the elite of Nuskool as well as Oldskool soldiers. A good blend of Hardcore Breaks, Jungle Techno, Jungle Breaks & pure breakbeats that brightened throughout this year. 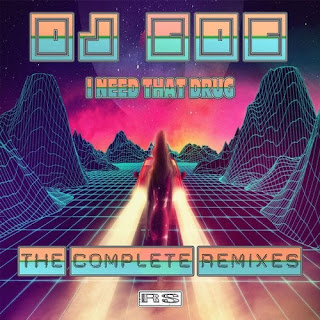 What a monstrous complete release!

DJ CDC, the man behind DMO Recordings, with the essential contribution of Raveskool Recordings, returns with his successful hit 'I Need That Drug', this time being remixed in about 15 different nuances.

Just for the record, 'I Need That Drug' was officially released last year in 'BOOYAKA!' compilation by Sonic Fortress, and quickly received the love needed. A wide love that made a calling to the elite of Hardcore Breaks producers unveiling their own take over this tune.
'The Complete Remixes' is out now, available on double CD & Digital with the likes of DJ Rave In Peace, Gareth Monks, Damage Inc, Paul Cronin, The Pulse, Bagpuss, Pursuit, Pete S and many more others on a notable release that closes ideally this year.
And if you want more from DMO, you can easily subscribe on their website, for exclusive content, a free download Xmas surprise running at present to the subscribers and only, as well as hot news for the new year.
You need that...drug!


Do you remember Terry Turbo the indispensable promoter and main man behind One Nation?
Well even though the last years he's into the new role of an Actor & Producer, that doesn't let him forget his roots, his passion and his commitment to the evolution of the movement he represented and was highly involved.
This time he decided to make a film paying homage to the movement that grew and it's still receiving huge exposure worldwide.

'United Nation, Three Decades of Drum & Bass' is the title of the forthcoming documentary/film directed by himself along with Richard Turner and as the official synopsis on IMDB says:

"...Drum & Bass developed from the London-centric rave scene as an underground movement that rapidly spread across the UK, and then throughout the world. The scene had serious issues with violence and, a sometimes uneasy, drugs culture that plagued its early growth. Governments reacted by bringing in draconian laws in an attempt to kill off the movement. We tell the behind-the-scenes story of what was truly going on, away from the eyes of the 'sorted' masses on the dance floors: the guns, the drugs, the sex, the knives, the gangs and, of course, the artists and performers who, despite all this, advanced the music"

DJ Fresh, Fabio & Grooverider, DJ Rap, Sigma, Ragga Twins, Sigma and many many other legends are featured on this great film coming out on the big screen for one special night & exclusive play on February the 21st, taking place @ Troxy in London.
You may book your tickets here and better do it fast, cos this even will be totally sentimental. Aside of the film play there will be also exclusive guest sets, legendary acts & producers and finally a surprise Live P.A.
A night of celebrating Drum & Bass and UK's Dance history that none should be absent.