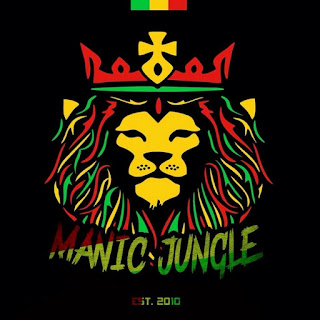 After a long Winter that just doesn't seem to want to let go, Manic Jungle Records delivers some well deserved Summertime vibes with their latest single, 'Wa Si Dead' by Bristol based junglist Jsett and featuring a collossal dancehall reggae team up of Blackout Ja and Da Fuchaman on lyrical duties.

Opening with the head nodding, bassline strains of the legendary 'Sleng Teng' riddim coupled with an epic bout of tandem ragga chatting from Ja and Fuchaman. 'Wa Si Dead' soon ups the pace by dropping a relentless 2-step break to get all nuskool junglists brocking out on the dancefloor which in turn ramps up the feelgood factor to maximum.

With 'Wa Si Dead', the combined talents of Jsett, Blackout Ja and Da Fuchaman create the perfect fusion of dancehall reggae vocals and roughneck jungle production that will get lighters flashing guaranteed!!!

Posted by breakbeatscientist at 10:42 No comments: 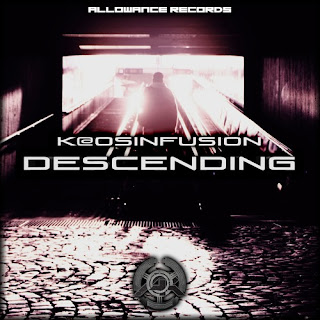 After a short break, Allowance Records are back again to deliver some diversely hi-octane drum & bass with the release of K@oSinFusion's mammoth five track EP, 'Descending' hitting stores today.

'Descending' kicks off with the dancefloor orientated, neuro stepper, 'Blazin' which fuses snappy breaks with mammoth, robotic bass riffs before the track evolves into a huge, heavenly synth drop. Switching styles, 'Clique' introduces smooth, string driven liquid drum & bass grooves coupled with an inspirational self-improvement monologue urging the listener to 'drop the meaningless things in life and focusing on what matters in life first'.
The epic and apocalyptic 'London Descending Into Kaos' takes us on a breakneck speed journey into 'kaos', where doom-laden bass notes, menacing pads, ominous movie dialogue samples and the sinister sound of cawing crows meet with a tearing amen break backing. The 'London Descending Into Kaos (SimonC VIP)' offers a slightly less rough and rugged take on the original mix to offer an alternate take.

The 'Descending' EP closes on a more introspective note with 'The Cure', which opens to a series of emotive, downbeat keys overlaid by frenetic drum rhythms and rasping bass pulses to get the feet moving.

K@oSinFusion expertly delivers a vastly diverse collection of tracks that'll be sure to become an essential arsenal of tunes for all D&B headz worthy of the name!!!

K@oSinFusion's 'Descending' EP is available to purchase now from the following Allowance Records digital download stockists. Get on them now......!!!

For all information on Allowance Records releases and artists, be sure to check out their official webpage here...
http://www.allowancerecords.net/
Posted by breakbeatscientist at 05:54 No comments: 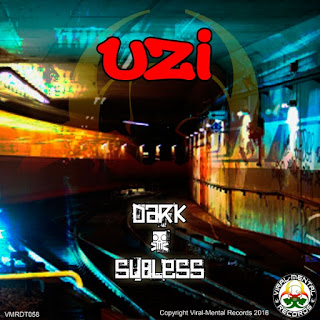 Viral-Mental Records latest offering of heavyweight drum & bass sees the debut appearance of Uzi to the label with the release of the 'Dark / Subless' single.

Whether you prefer your music dark and moody, or with a little bit of junglistic bounce, Uzi has definitely delivered a single of two devastatingly distinctive halves here. Check it out people!!!

For all Viral-Mental Records releases, artists and information you can check out the official webpage here...
http://www.viral-mentalrecords.com/home.html
Posted by breakbeatscientist at 04:01 No comments: 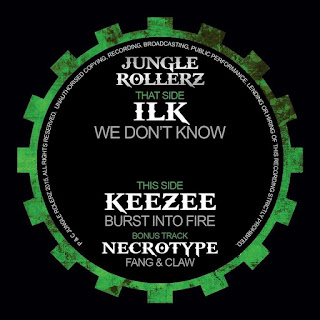 The Jungle Rollerz are back with a vengeance and this time they bring label newcomer Ilk along for a vinyl ride alongside familiar favourites KeeZee and Necrotype.

First off we have Ilk who takes us back to the mid nineties with the menacing ‘We Don’t Know’. Where rugged, hardstep breaks layered with ruffneck gangsta rap vocals and heavyweight bass tones ruled the jungle. This one’s not for the lightweight junglist.
Keezee’s ‘Burst Into Fire’ presents us with an intense combination of rolling Amens and Apache breaks accentuated by heavenly, soaring strings and an infectious, booming bassline melody. Perfectly capturing the vintage vibes of a certain drum & bass ‘Headz’ label.

The Ilk / KeeZee / Necrotype 'Rollerz Vol 4' 12" vinyl single is available to pre-order now for £7.50 (plus P&P) from the official Jungle Rollerz website and is due to be ready for delivery on 17/05/16. So be sure to get your order in now before they disappear!!!

Follow Jungle Rollerz on Soundcloud...
https://soundcloud.com/jungle-rollerz
Posted by breakbeatscientist at 13:40 No comments: 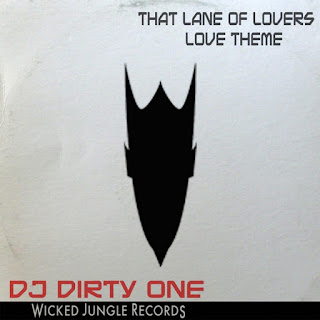 US junglist, DJ Dirty One makes his debut appearance on the  Wicked Jungle Records label with the release of the massive single 'That Lane Of Lovers / Love Theme' featuring two solid slices of nuskool jungle to satisfy the needs of all serious beat-freaks.

Kicking off with 'That Lane Of Lovers', a track steeped in oldskool jungle flavours, but with an added off-kilter, soulful vibe which would not sound out of place on a label such as Reinforced Records circa the year 2000. Intricately programmed breaks, thumping bass notes and evocative pads collide with passionate declarations of love to keep the listener enthralled.
'Love Theme' continues on with a similar theme with it's fusion of breakneck speed breaks, evocative pads, yearning female vocals and pulsating bass sounds. The track certainly delivers a fast paced yet dreamy atmosphere whilst utilizing both oldskool and modern drum and bass elements. 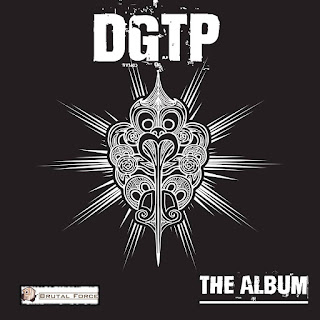 Dutch son of Terror, DG The Producer (a.k.a Dylan Goethals) returns to his local good mates over Brutal Force Records with a personal 16track album, which achieved entering Top 100 of Hardcore releases on Hardtunes, picking number 73.
Definetely one of the most proud releases of the label and Dylan's very own, as it covers perfectly that Terror feeling and vibe with 16 fresh monsters under 240bpm average of range and strictly for the headstrong crew!

All Terror and Harsh side brains will dig this for sure! 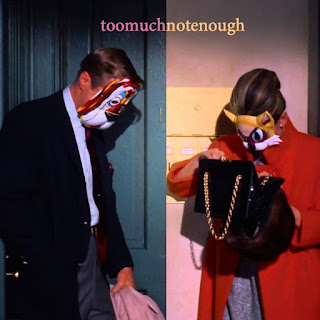 This time its all about a personal work by an established producer and DJ like weyheyhey!! who's back again offering class Breakcore after his last work during 2013 titled 'Songs I Made In A Hurry EP'.
A great gift to yourselves and your friends by Amen-talist Movement and a beloved Breakcore producer like Alan MacLeod. Most fans are already embracing this release and this great return, so you won't be disappointed at all!!

Five new killers inside his personal 'toomuchnotenough' EP, are about to set your brain in amen distortion. Vibes of energy and sickness, showcasing his pure talent!

Words by weyheyhey!! about his work:
"Thanks and sorry to all the actual, genuinely, talented people whose samples I nicked for these songs. Big thanks to Ali for sorting this release. Love to Dom, Modes, Dave, Dylan, Josh, Dinn, Liam and Luke you've all been utterly splendid this last year thankyou. Mixed & mastered in Chiang Mai, #thailand #thefareast #theorient." 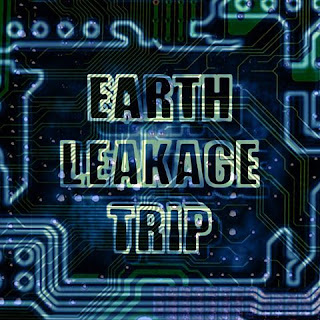 Rising High Records remastered series of releases is followed by one more great compilation and a class oldskool act like UK's Earth Leakage Trip (a.k.a Neil Sanford and Tony Lobue).

All started in 1991 when a sublime Techno 3track release titled 'Psychotronic EP' was signed to the mighty Moving Shadow records as well as became the first artist release on the label and later on after approaching Rising High and other labels interest, Neil teamed up with Tony and joined together on production.

This fresh remastered compilation consists of 11 tracks of total value and techno, dub and oldskool rave under 100-155 bpm mentality and is one more special offering to the masses who want to have a better sound quality to these great tunes, keeping alive the memories. 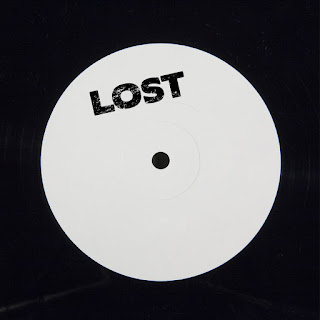 Way back in 2008 two St. Petersburg based producers created an epic, atmospheric drum & bass track which caused quite a buzz within the scene, but all signs of a release sadly disappeared into the ether with only a handful of dubplates and varied digital copies being made available. Soon after those producers disappeared from the scene to pursue other unrelated ventures, leaving the 'Lost' track to became known as one of those great melodic, amen tracks which never was to be on many a D&B forum.

However after many years, some Russian drum & bass headz did some detective work and tracked down proof of this legendary tracks existence which eventually led to the discovery of one of those elusive producers who unearthed the definitve version of 'Lost' and authorised it's pressing to vinyl via the Audio Plants/BURELOM label.

'Lost' expertly combines the sweeping atmospherics of labels like Good Looking with the fiercely intricate breakbeat programming of Scientific Wax throughout it's near 10 minute long running time and will prove to be a delight for any drum & bass fan who loves their music to take them on a journey.

'Lost' by Unknown Artist is available to purchase from the official Audio Plants/BURELOM Bandcamp page for 6 Euros plus postage and packing. You can also donate more if you wish to support the label to produce future releases! This release is limited to only 100 copies so please don't hesitate to grab yours as they are sure to disappear out fast!!! 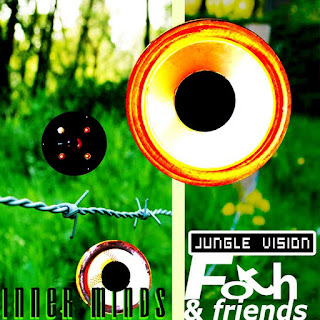 The Inner Minds Recordings camp are back with one of their most ambitious musical projects yet with the release of the 'Jungle Vision' album, featuring 13 massive tracks from master junglist, FOTH and a plethora of the jungle scene's top underground talent. Taking inspiration from classic television shows and then plunging them into the deepest, murkiest depths of the jungle the 'Jungle Vision' album is sure to have some surprises up it's sleeve....

Australia's 'Angry Boys' receives a full-on amen beatdown by FOTH with 'Nathan!', which in spite of it's manic-ness, manages to squeeze in an intoxicatingly soothing, jazzy synth in the latter third. NickyNutz presents his very own assimilation of every kid's after school, cartoon favourite with 'Inspecta Gadget' and drowns the iconic theme tune in booming bass and chopped up amen breaks.

FOTH returns once more with 'Completed It M8' which pilfers from those 'Inbetweeners' and throws them into a fiercely tearing, amen break propelled jungle blender and served with a generous portion of warped 'Dread Bass' throbs. NickyNutz swiftly dons his pastel coloured suit to rip apart Jan Hammer's emotively cheesy '80's synthesizer monstrosity, 'Crockett's Theme' and toughens it up by welding on a rugged, rattling breakbeat backbone coupled with a roaring Reese bass drones.


With 'Jungle Vision', FOTH and Friends embark on a journey to scour some of the most unconventional sample sources to create masterpieces of breakbeat based music which in many cases 'should not work', but do. So if you like a touch of the 'avant-garde' with your jungle, then this will most definitely be to your taste! 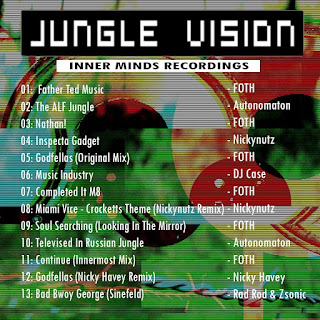 The FOTH & Friends 'Jungle Vision' album is available to purchase from the Inner Minds Recordings Bandcamp page for FREE, or if you wish to support the artists and label to create further musical ventures then you can donate however much you feel the album is worth!!!

Follow Inner Minds Recordings on Soundcloud...
https://soundcloud.com/inner-mind-recordings
Posted by breakbeatscientist at 15:19 No comments:

" Some great tracks from this months releases/uploads. Pursuit doing his usual top quality remixes of classic tracks, really don't know how he keeps doing it! A nice dark and mocdy track from Hannibal Selector to keep the mix balanced. Mix wouldn't be complete without something special from Dave Nexus and Impact Beat. Lovely track from 1st Science that has a really good "Limited E Records" sound to it. 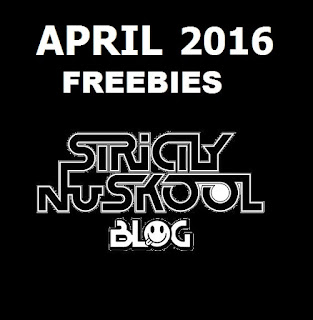